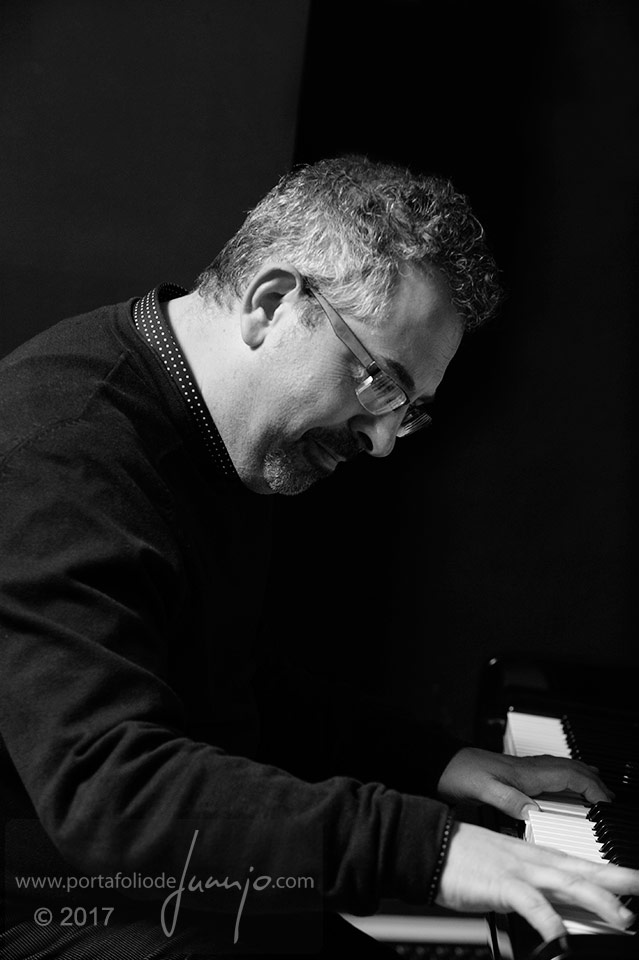 Pau Viguer is a pianist and composer born in Valencia. He started studying piano at the age of seven.  After obtaining the highest degree of piano at the Conservatorio Superior de Valencia, Pau studied classical piano with Jesús Debon, Anna Jatrebska Quinn and Rita Wagner.

Pau has been part of many groups of modern music, winning various prizes in the Valencian Region. He has performed on television shows playing live music. He made tours around Spain with the group “Revolver”.

He has lead the group Pau Viguer Trio for more than 11 years, playing themes composed by Pau himself in their concerts. The band has released four albums with Pau’s scores. The group was selected as one of the best jazz formations in Spain and it performed in the JazzEñe 2017 festival, organized by the SGAE (Association of Spanish Authors and Editors). They have played in the most important Spanish towns as Madrid, Barcelona, Alicante, Valencia, Zaragoza, etc. He usually composes for the music label “Contraseña Records”.

Pau is currently a composer and pianist. He usually plays all around Spain with some bands and singers of styles such as soul, jazz, pop, bossa, etc.