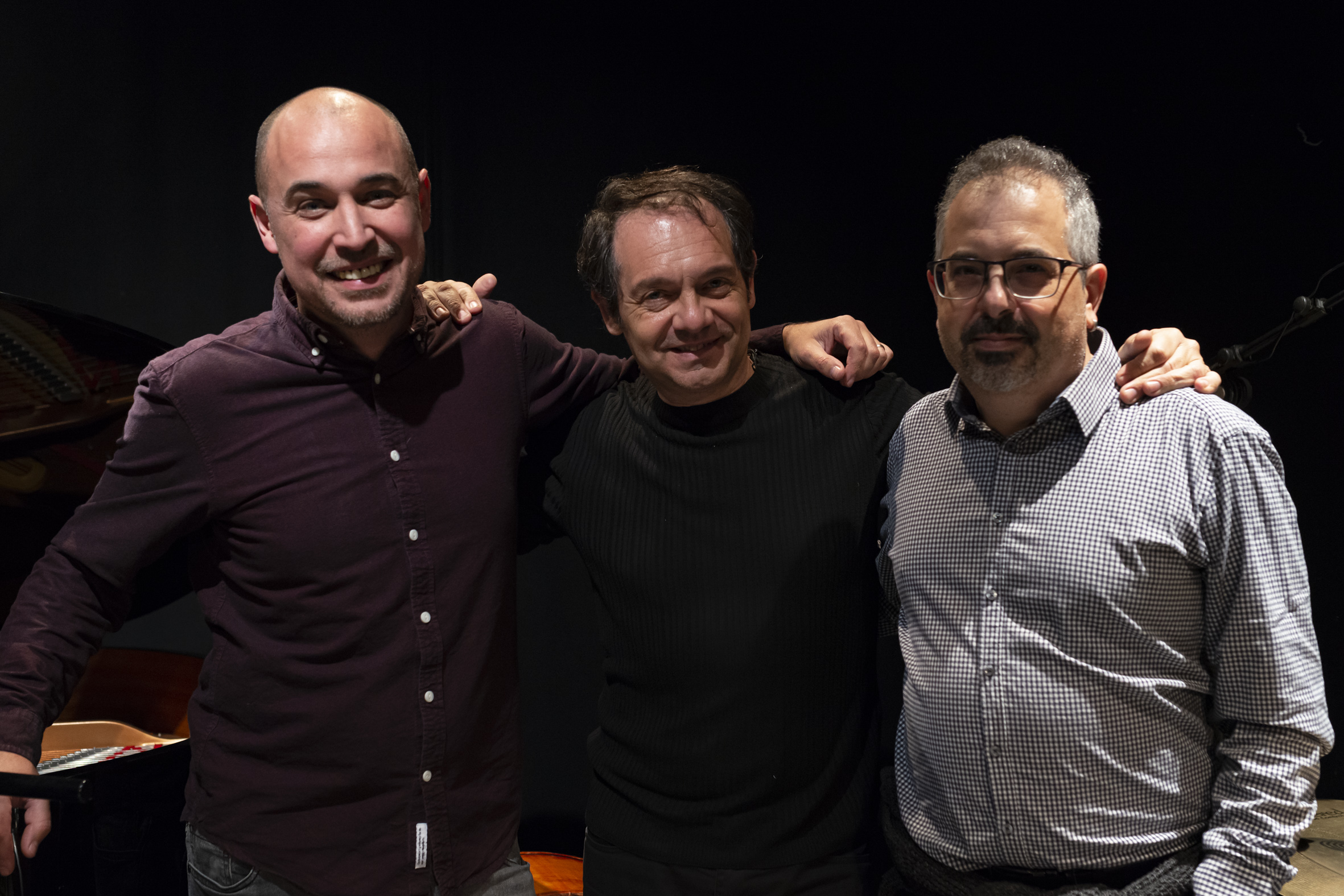 The jazz group PAU VIGUER TRIO is a clear representative of what has been called “Mediterranean jazz”.

Pau Viguer (piano), obtained the superior grade of piano in the Conservatory of Valencia and has studied jazz with pianists like John Serry, Vivian León or Ricardo Belda. He has toured Spain with the group Revolver.

Xuso Barberá (double bass) has studied jazz at the Valencia Conservatory and accompanies numerous groups and singers such as Lula Reyna or Limbotheque.

Felipe Cucciardi (drums) has toured the world with musicians such as Lou Benett or Ximo Tebar, being one of the most prestigious drummers in Valencian jazz.

Their style brings together different musical languages such as jazz, classical, pop, blues, flamenco, etc, with the crossbreeding of all the music being a clear objective in the group. They also give priority to their own compositions and have already sold more than 3,000 physical records of their editions in their concerts. Their records are present in all digital platforms, with thousands of entries in their videos.